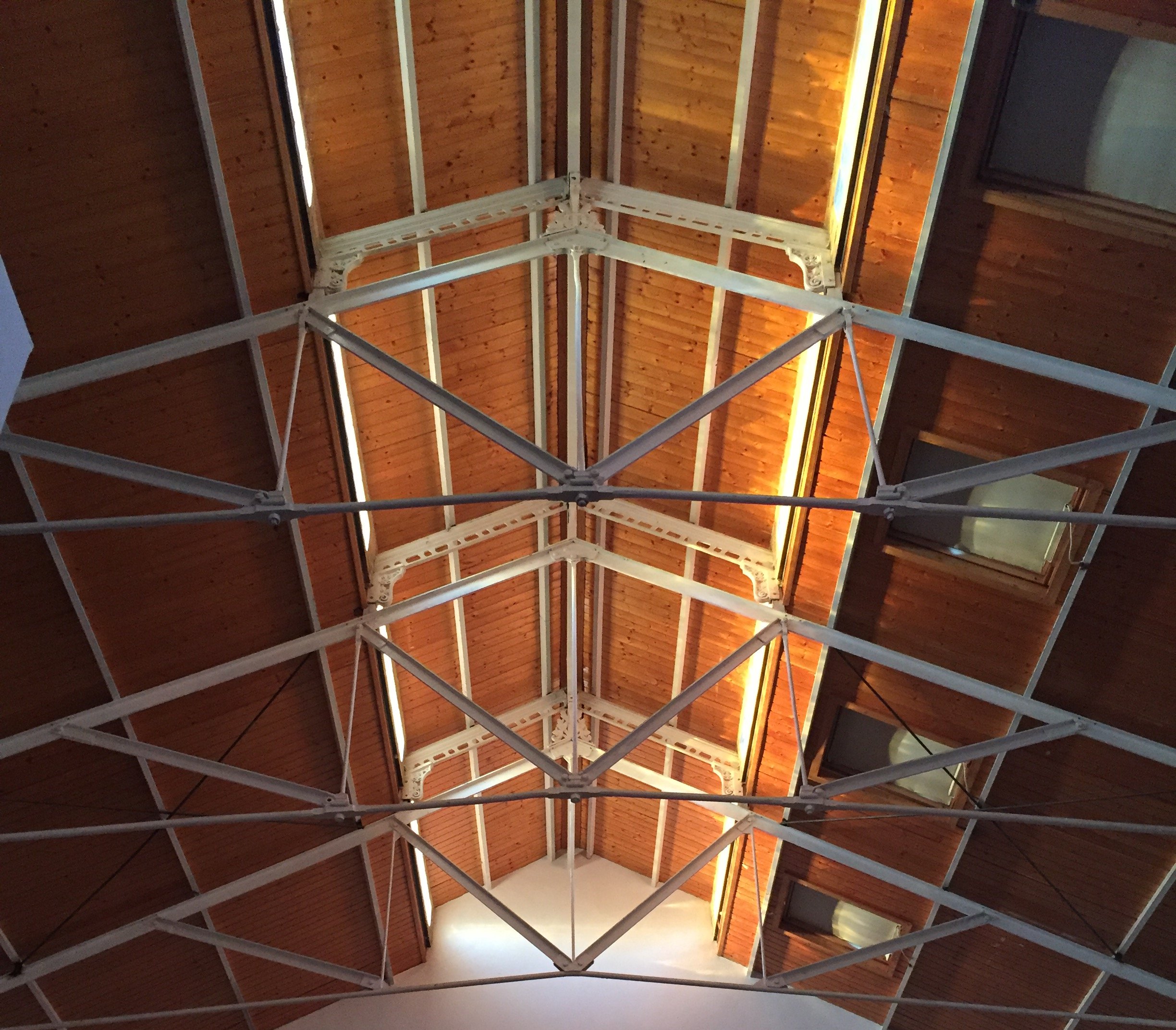 “I don’t know! What would you do with it?” That was David's response.

When showing the studio to his visitors while it was being built, after having ducked through the teeny-tiny wooden door, visitors would spin round in wonder, surprised to find themselves in a cavernous double height space, and remark, “It’s great Dave... but what are you going to do with it?”

David would excitedly shrug his shoulders and answer with a question, “I don’t know! What would you do with it?” Yoga studio, dance studio, painter’s studio, corporate meeting space, were all suggestions, and all have, in fact taken place over the years, but no-one, including ourselves, ever thought of it making the perfect spot to celebrate a wedding.

David had dreamed of building a little summer house; a folly, he said, at the end of the property. We had imagined something akin to a beach hut or domestic greenhouse. However, in the end the size of the building was somewhat larger as it was determined by these huge roof trusses. The elegant iron trusses were salvaged by David from the Foreign Office in London. It was thirty or so years ago that David heard that the building was being refurbished, so he set off to King Charles Street to see what he could find. He found the trusses in the India Office library.

Before long there were aboard a low-loader and starting their journey to Málaga. 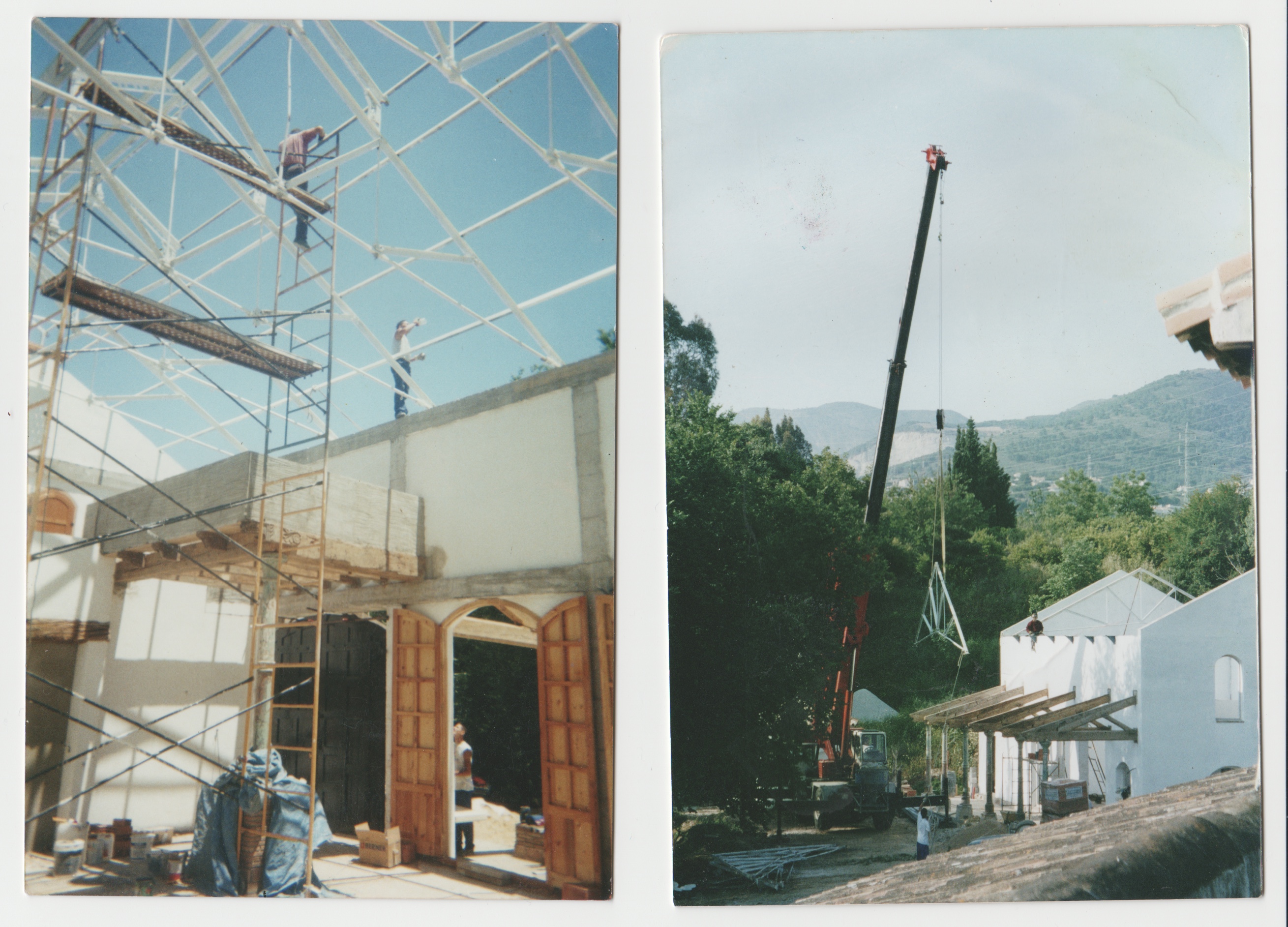 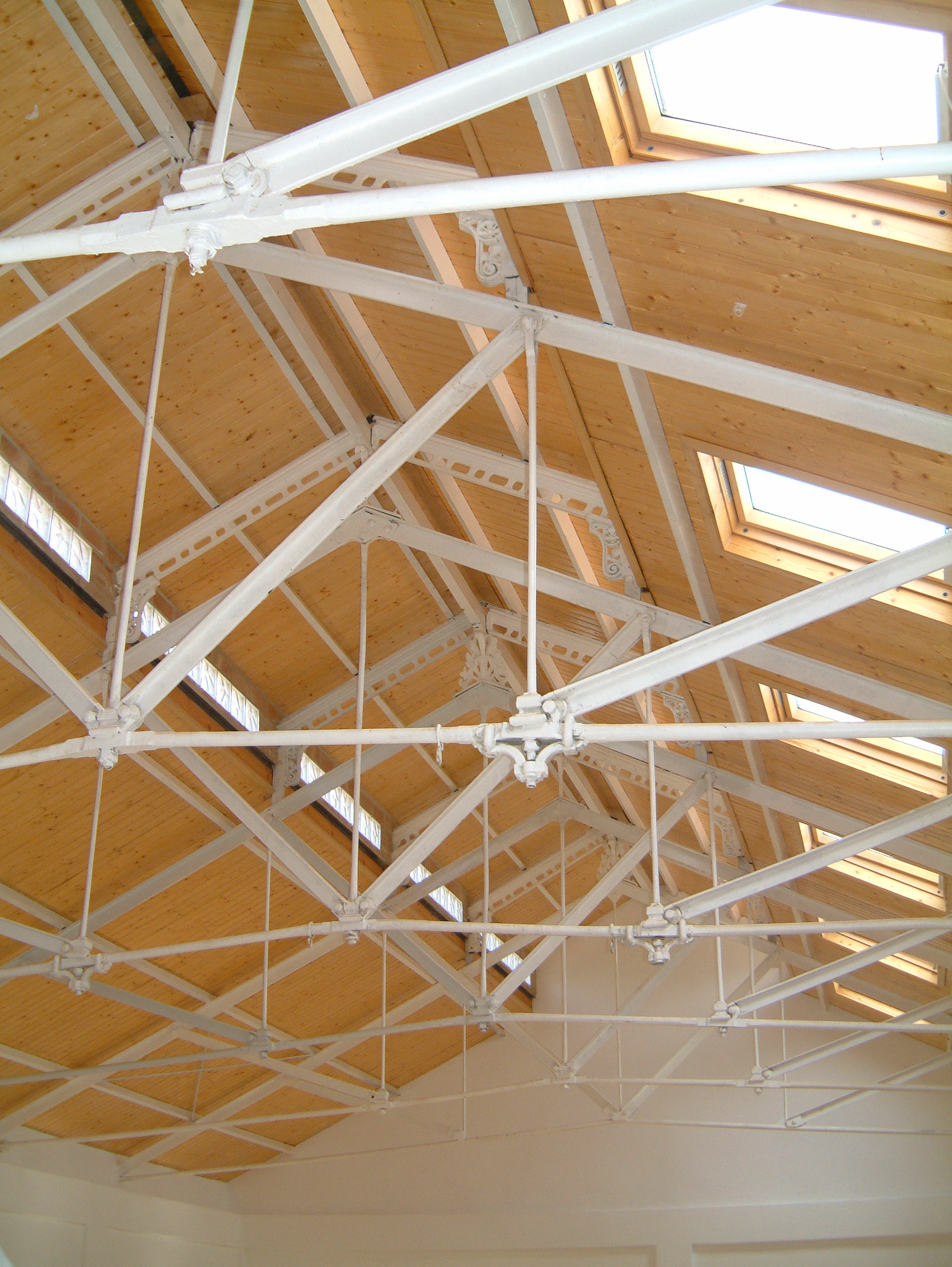 The Foreign Office is considered one of Sir George Gilbert Scott’s finest works: 'a kind of national palace or drawing room for the nation...to impress foreign visitors’. Building started in 1861 and was finished in 1868 but its long history was nearly cut short when it was going to be demolished. Now, designated as a Grade 1 Listed Building, you can see why David was keen to transport a bit of it away as a keepsake.

Sir George Gilbert Scott (1811-1878) was a prolific English Gothic revival architect. He designed 800 buildings and oversaw hundreds more restorations, including the Midland Grand Hotel which was re-opened in 2011 as The St. Pancras Renaissance London Hotel after a lengthy re-development and restoration, the Albert Memorial, St Mary's Cathedral, Glasgow, the main building of the University of Glasgow, St Mary's Cathedral in Edinburgh and King's College Chapel, London." 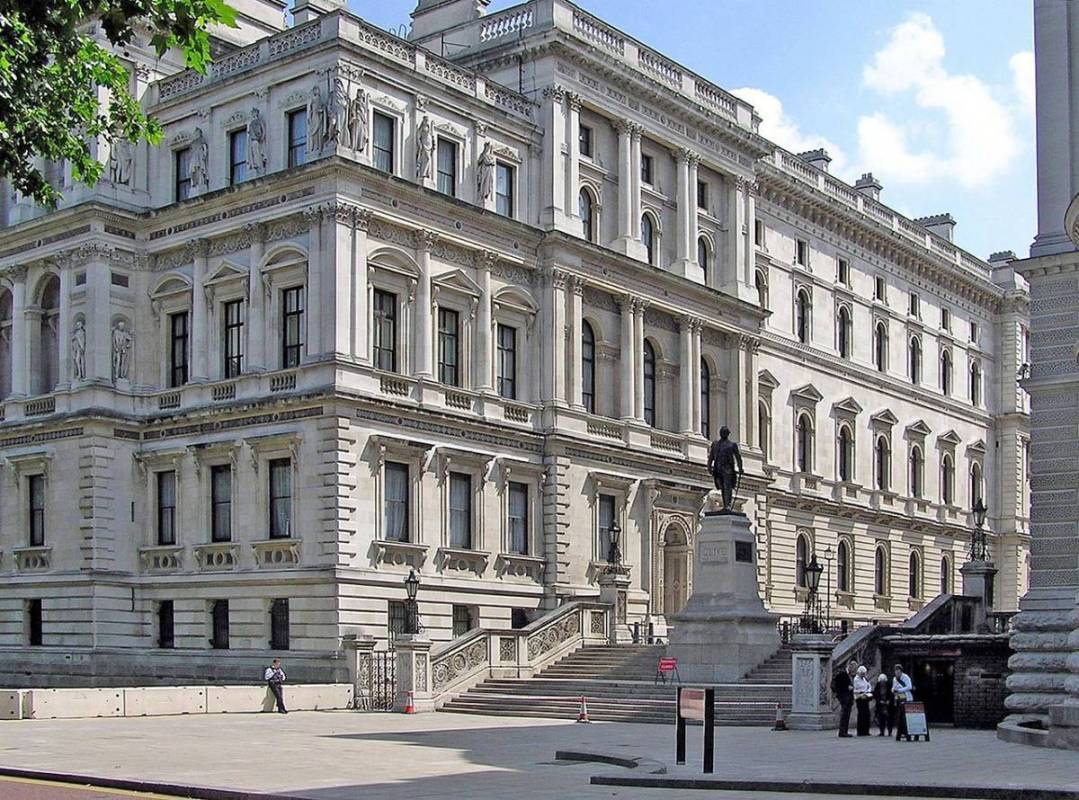